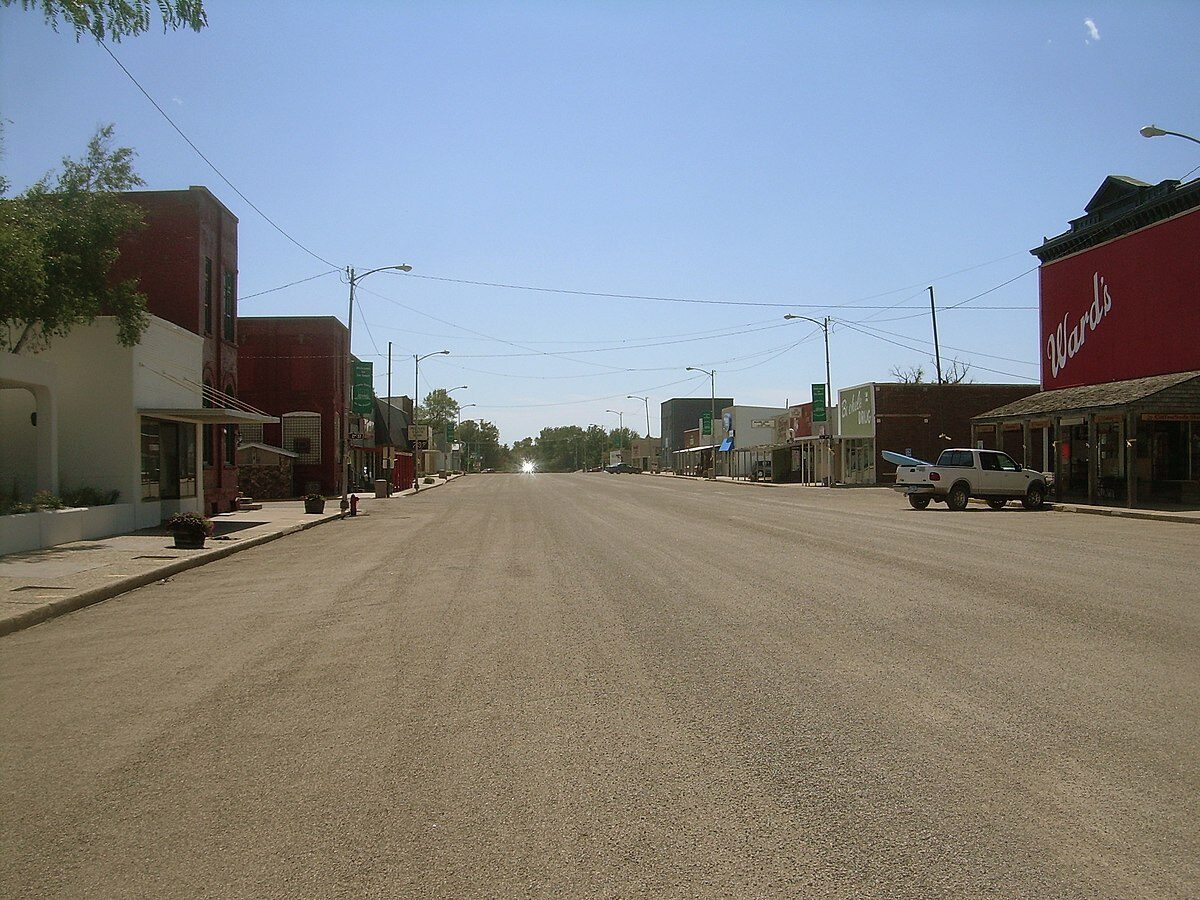 This year the LauraPalooza conference welcome reception will be held at the South Dakota State Art Museum. The museum got its start when Manchester born, famous artist and illustrator, Harvey Dunn donated a large collection of his prairie paintings. His collection still takes a star place in the museum galleries. Dunn’s connections with the South Dakota prairie and with Laura Ingalls Wilder means a stop in Brookings at the art museum is always a good idea for any Laura trip.
We’ve asked Sharon Schaller, President of the Harvey Dunn Society, if she would tell us a little bit more about Harvey Dunn.
The Harvey Dunn Society also sponsors a Pleine Aire (outdoor painting) event at the Ingalls Homestead every year. In 2015 it will be held August 7,8,9. For a more low key Laura Ingalls Wilder homesite event with an usual twist head over to De Smet in August. – Sarah S. Uthoff

Harvey Dunn was born March 8, 1884, south of Bersha (fish) Dow. Tom and Bersha married in 1880 and came to homestead, 2 miles south of Manchester, South Dakota. Bersha had 3 sisters and 1 brother, Nathan Dow who also homesteaded there.
At age 4, Harvey’s family moved the house 2 miles south of its original site – remains of it are still to be seen. Harvey attended country school (also known as a one-room school) and continuously used up all the chalk to draw on the chalkboards. His former school has been renovated and can be visited next to the De Smet library.
Harvey was a formidable presence! His 6 foot 4 inch frame, large hands, and generous smile made him one remarkable man. At age 16 at the insistence of his mother, he went to Brookings State University (now called South Dakota State University). His teacher,  Ada Caldwell immediately knew she was observing a great talent. With her encouragement, he went to the Chicago Institute of Art in 1900.
In 1901, back in Manchester, Grace Ingalls (Laura Ingalls Wilder’s little sister) married Nathan (Nate) Dow, Harvey’s uncle. They lived on the Dow farm, later moving into Manchester. They had no children. Grace died in 1941. Nate died in 1943. Both are buried in the De Smet Cemetery near the Ingalls family plot.
Harvey went on to become a pupil of Howard Pyle, became one of eight commissioned artists to illustrate World War I and became a teacher and mentor to many. His studio in Willmington, New Jersey – Tenafly – produced many fine artists. He illustrated for the Saturday Evening Post, McCalls, Cosmopolitan, The Legion, and many others.
He never forgot his love of the prairies. He came to Manchester to stay with his sister Carrie at the Dow farm every summer for 16 years. He thrilled people with his stories, impromptu sketches, and his ability to warm people’s hearts.
In 1950 he sent one large group of paintings to De Smet to be an exhibit at the Masonic Temple. Thousands flocked to see them – many over and over again. Aubrey Sherwood, editor of the De Smet News, was instrumental in urging Harvey to do so, Aubrey and Harvey having been good friends for years.
The president of the Brookings South Dakota University, also viewed these paintings and with urging of him and several friends, Harvey donated 52 paintings to remain at Brookings permanently. They are viewed today at the Harvey Dunn Art Center in Brookings.
Harvey’s pallet of life was dwindling. He died on Oct. 29, 1952. His legacy lives in his paintings and his motto: “Jesus Christ was the only man who knew his job. He said, ‘Of myself, I am nothing.’ Nothing fine is produced without God’s help, and as soon as you have humiliated yourself, and conquered your will, you see the fit purveyor of the true and the beautiful.”