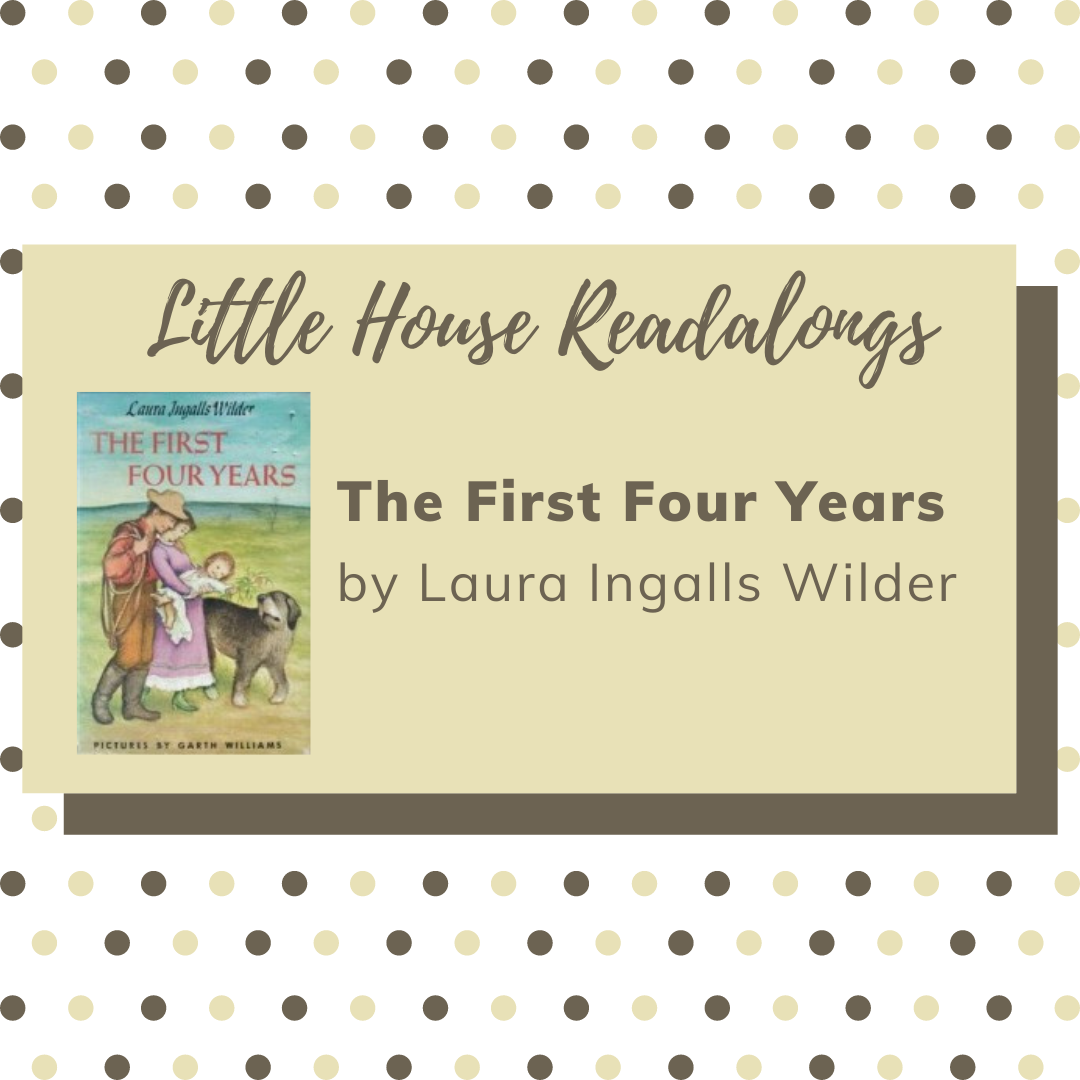 Around the same time I began reading the Little House books, I began reading biographies of famous Americans – mostly presidents and first ladies. Presidential history now fascinates me as much as the life of Laura Ingalls Wilder, so it seems right that this particular section fell into my lap.

For, you see, Cousin Peter comes to Laura and Manly to tell them Mr. Whitehead wanted to sell his 100 purebred Shropshire sheep.

“A presidential election was coming in the fall, and it looked as though the Democrats were due to win. If they did, Mr. Whitehead, being a good Republican, was sure the country would be ruined,” Laura wrote.

So my brain began to spin. This was the “third year.” Laura and Manly married in 1885, so this would be the election of 1888. Something seemed off kilter here, I thought. So I began to do a little digging.

The president when Laura and Manly married was Grover Cleveland, a Democrat. The election of 1888 was between Grover Cleveland and Benjamin Harrison. When all the votes were tallied, Cleveland won the popular vote but Harrison won the Electoral College, and it was Harrison, the Republican, who was sworn in March 1889.

So, was Laura saying that Mr. Whitehead was worried that the Democrats were due to win re-election? Or did her memory fail her – after all, there was a long string of Republican presidents during her childhood and young adult years and most people are hard pressed to remember who was president at any given time. She also may have confused this election with the second election between Harrison, now incumbent, and Cleveland, where Cleveland does win and the country enters the Panic of 1893.

What does this have to do with the actual section of the book I’m supposed to be writing about? Well, perhaps nothing, but the fact that the Panic actually happened five years later allowed Laura and Manly and Peter to make a profit from the purchase of the sheep, whereas, if the country’s ruin happened as Laura had written it, it is likely that the sheep purchase would have been a bust.

Laura and Manly took a huge risk with the purchase of the sheep. To buy them, Manly sold the colt bought with the last of Laura’s teaching money. $100 was a fortune and could have helped to pay the increasing debt. They had already seen their share of crop failures. Even though things were looking good – if there was no hailstorm – there were no guarantees. Sure enough, when the time to harvest the wheat was nearing, a severe heatwave hovered over the Dakota prairie and cooked the wheat. It would feed the livestock, but nothing else.

At least the sheep would have something to eat in the winter.

There was something very telling about the personalities of Laura and Manly in this section. When Cousin Peter first presented the idea of the sheep, Laura began to calculate how much money the wool would bring in and how the sheep would pay for themselves in that first year, as well as using the public land next to the tree claim for them to graze. Yes, there were variables (Mr. Whitehead’s prediction of a nation in ruins), but even if the sheep didn’t pay for themselves in the first year, a profit would most likely come eventually. From her life with Manly, she saw how animals on the farm could be profitable.

Manly did some calculations, too. He began to calculate how much wheat he’d be harvesting and how much he’d be able to get for a bushel. He started to mentally pay off their debts. Certainly, he had to know that until the wheat was harvested and sold anything could happen (Manly could have used our pal Barb* to send him some weather predictions!).

Laura was a realist who wanted some guarantees with her risk. Manly was an eternal optimist who believed good things were always just around the corner. But sometimes it is all a matter of luck. When they bought the sheep in 1888, they were darn lucky that the Panic and the country’s ruin wouldn’t come for another five years.

Hey, at least they wouldn’t starve or go naked, whatever happened. 100 sheep would keep them in mutton and wool for a LONG time.
(Interesting that the book never mentions them slaughtering any of the sheep or lambs, whether to eat themselves, or to sell the meat to others for badly needed cash-money. Mutton isn’t a very popular meat today, but it was quite widely eaten at the time.)
I’m also interested in the financial arrangements they made with Peter. Was he paid in money? Room and board only? A share of the wool profits only?

OH, man, I typed up a nice reply and it seems to have disappeared! 🙁 Let’s try this again.
Thanks for the shout-out, Sue! It turns out that a lot of farmers these days use our seasonal climate outlooks in their planning. I typically have a few seminars and phonecalls each year in the late winter to look ahead to the spring and summer.
I wanted to talk a bit about the close of Chapter 3, when the wheat is shriveled by a three-day hot wind. Naturally, I started digging into the summer of 1888 to look for a hot streak of weather. We don’t have very good wind records from that period, but we do have temperature records. I used Huron, SD, as the nearest site with records back that far. That summer, there were a couple of different three-day periods of relatively hot weather: July 10-12 (temperatures reached 92, 102, and 93) and August 23-25 (temperature reached 90, 94, and 96). But there were at least a couple of days for each of those periods that had a trace of rain. A trace isn’t much, but it doesn’t scream “hot, dry, wheat-cooking” weather to me. And in both cases, the months were wetter than normal, so it doesn’t seem like the wheat should have been too vulnerable. Maybe it’s one of those episodes that Laura put out of sequence to make the story, and maybe it actually happened in one of their other years on his homestead. But it doesn’t fit well that summer. The mystery remains unsolved!

Rain in Huron doesn’t necessarily mean rain a mile outside of DeSmet.
Though I would also think that temps in the 90’s shouldn’t kill wheat anyway. Wheat in grown in many parts of the world where hot, dry weather is the norm. (It evolved in the middle east.) Perhaps she changed a ‘normal’ crop failure to make it seem more dramatic and sudden?

I raise sheep. Most people in the 1800s and early 1900s did not eat lamb (sheep were raised for wool, after all). But mutton was huge from the 1700s through World War I. It was a dietary staple in the 19th century and was reflected in the language — “mutton chop whiskers,” “leg of mutton sleeves,” “mutton-headed” (meaning stupid)…

As for the presidential part of this, I think Laura remembered this perfectly. Many people think that a second term president is more likely to do more harm than a first term one. In this case, the second term wasn’t necessarily the last. Besides, how many people have we all heard threaten to move to Canada is (fill in presidential candidate) is elected? There is nothing new under the sun….
I’ve often thought that one of the things that helps us out the most where government is concerned is to switch presidents (and every other elected official) every chance we get. I may not like the other guy but by the time he figures out the job and can start meddling in MY life it’s time for his next election….lol