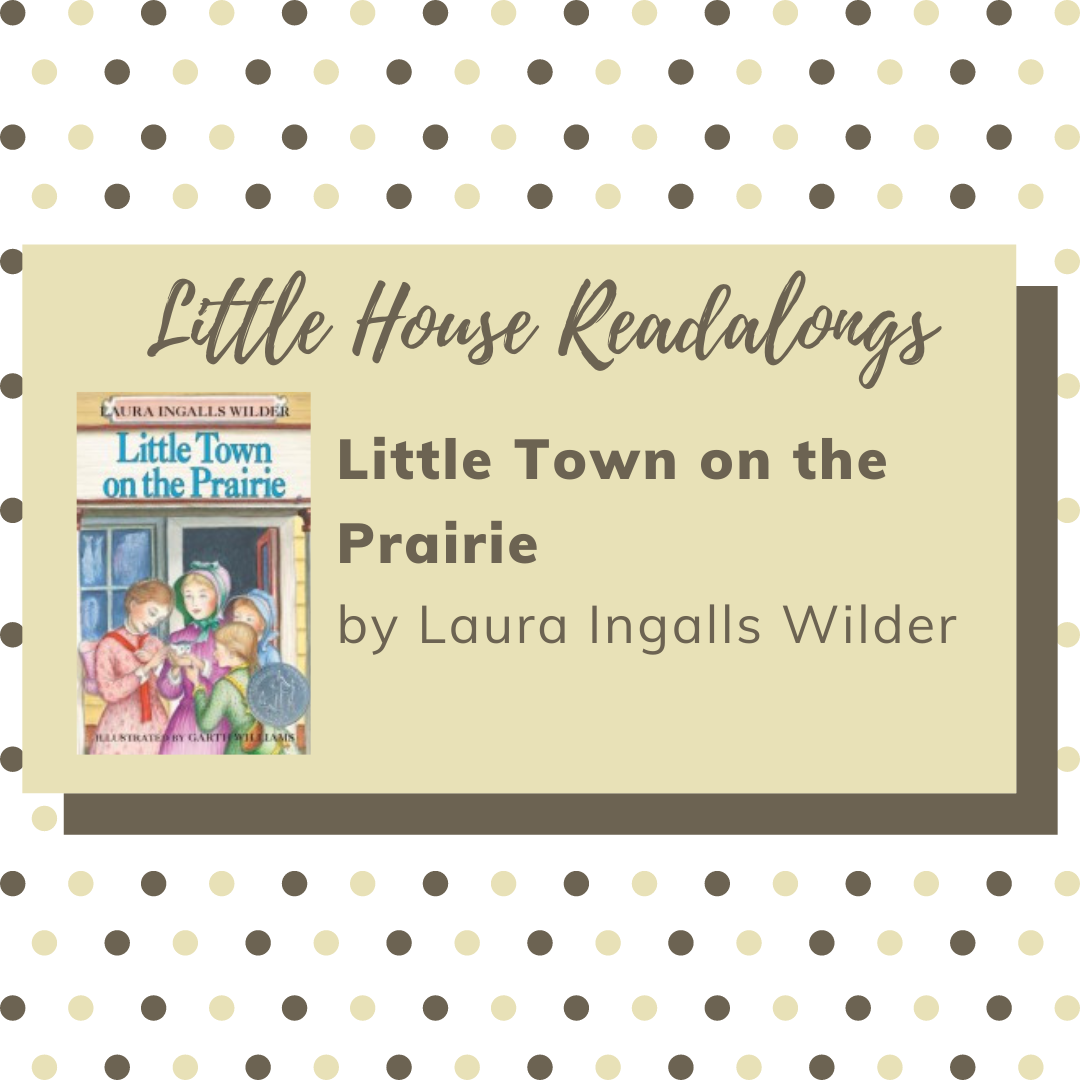 When I was very young, probably around ten years old, I bought a Little House Diary from a local bookstore. Each chapter was decorated with a border that was representative of that month. I don’t remember if June had roses – I think there might have been strawberries, actually. I don’t have the book anymore to check. But I think of that diary whenever I see the name of this chapter. I tried so hard to keep a diary, imagining that one day people would care as much about my childhood days as they did about Laura’s. Ah, youth.

Anyway, this chapter begins with a description of June on the prairie, and the beautiful wild roses the chapter gets its name from. But Laura does not get to enjoy them because she is still stuck working in town sewing shirts. She’s not thrilled with this arrangement, but it is worth it to bring home her pay to Ma and she looks forward to that all week.

There’s some foreshadowing here – Laura begins to hope that with things going the way they are and the expectation of her teaching wages in the future, they might be able to put Mary in college soon. She can’t bring herself to ask Ma because she can’t bear the thought of being told it is impossible, but the possibility keeps her motivated while she works in town. Laura is still no fan of town at this point. Her description of it is harsh and ugly, and it feels empty to her without the school friends she made the previous winter.

If there is one thing that leaps out in my memory about this chapter, it is the infamous “Tay Pay Pryor” incident. While Laura is busy at work, she hears some noise outside and sees a tall, dignified looking man kicking in screen doors. He encounters a short, round little man trying to enter the saloon, and they arrive at some unspoken understanding to join forces, linking arms and singing while continuing to kick in screen doors and wreaking general havoc in the town. The last door they kick in belongs to the Wilder brothers. Royal Wilder storms out and gives them a piece of his mind, and the short man announces: “My name is Tay Pay Pryor and I’m drunk!” The two men continue on, chanting the words. As Laura says, “The tall man would not say that his name was T.P. Pryor, but he always came in solemnly, “–and I’m DRUNK!”

To prove that you learn something new every day, I just learned that “T.P. Pryor” was actually T.P. Power, Mary Power’s father. I find it pretty funny that he was her friend’s father. I also remember reading the incident as a child and having it go completely over my head. I couldn’t really visualize it, and I didn’t understand why they were kicking in the doors, or singing. I think I might have even thought that the “My name is Tay Pay Pryor” line was part of a song that they were singing, and not the character’s name.

Mrs. White is mortified that Laura is laughing at the spectacle, saying it is a “disgrace to snakes” what drunk men will do. I kind of like that line. Of course Ma and Mary are not amused when she tells the story at home. But Pa’s eyes twinkle and Laura knows that he understands. I think that was the real takeaway for me when I first read this chapter. I didn’t understand the incident, but I saw that Pa understood Laura. The whole episode told me more about the connection that Laura and Pa shared than anything about the antics of the two men.

I couldn’t really “get” the whole Tay Pay Pryor thing until I listened to Cherry Jones reading this for the audio book. She does such an awesome job with it! I, too, was surprised when I learned who T.P. Pryor really was. If Laura were writing these books today, she wouldn’t have felt like she had to change the names to protect anyone. Not many would blink an eye at such a story these days.
I’ve always loved that Laura and Pa were so close. I felt bad for him that he didn’t have a son (that survived) to hang out with and to help with the chores. It worked out well that Laura helped to fill that void.

Such good points Amanda. I didn’t know that was Mary Power’s father. I learned something new today! 🙂

I didn’t understand the “drunk” part of this incident either when I was little, but I did understand that it was supposed to show Laura and Pa’s connection. Reading the books as an adult I’m a little amused to see how often Laura sneaks in what seem like jabs at how humorless and dull Mary and Ma are!

When I first read this, I thought the Tay Pay Pryor thing was a song, as well! I’m so pleased to find out I’m not the only one who didn’t get the point of this till several re-reads later. You also picked out a favourite line of mine, Amanda – I’ve been known to copy that ‘disgace to snakes’ phrase myself occasionally – it’s such a wonderful expression of righteous disapproval, I love it! I also particularly like the bit where they go through the Wilder feed store door and it says Royal “yanked it open and said what he thought”. It was probably on the same read-through the drunken stuff really clicked, that I realised this was a masterly bit of understatement 😉

And forgot to say: it’s fascinating that it was really Mary Power’s father (I think I read that somewhere sometime but didn’t know whether it was actually true). Whilst I love the idea of Laura changing it out of respect for the Powers, I wonder whether actually in practical terms, it just fits into the story better for it to have been a stranger. The reactions to the incident would have to have been dealt with differently if it had been her friend’s father. Thank you for a really interesting post!

Having grown up in a “Frenchie” town, and grandchild to a passel of French-Canadian immigrants, my take on this chapter ran a bit sidelong from this. I always had the impression that the chant was one drunken man’s ribbing of another drunken man who spoke with a French accent…wherein, “T. P.” would sound a bit like “tay-pay” to the untrained ear, and be repeated just that way!
On the other train of thought, knowing what I know today about Almanzo’s propensity toward colorful metaphors when displeasure was his mood, I must smile widely at the veiled reference to Royal’s reaction. I wonder, though, why it is that when the family were at Silver Lake Camp and the railroad men were on the verge of a riot, their speech is described as “rough language” and Laura clearly did not like it, yet when the older Mr. Wilder is likely (?) swearing at the inebriated fools who ruined his door, her reaction is mirth?
The situations differ greatly in regard to the level of danger present, or lack thereof, to be certain, so perhaps that is the simplest explanation. No one’s health and safety is too much at risk with T.P. But, it must also be recognized that both scenes were written by a woman of advanced age who most decidedly disapproved of base language. Indeed, a few decades earlier, Laura had made her distaste for rough language known in one of her Ruralist articles, wherein she scolds over youngsters who run through Rocky Ridge and spout obscenities. To further complicate things, in the same piece she makes a reference to the difficulty of reigning in a long-established habit, perhaps in deference to Almanzo…or, perhaps, to underscore this point with him in a not-so-subtle manner? Either way, I love that Laura has a sense of humor about the subject in this chapter, and wonder too if this scene has a touch of Rose’s hand to demonstrate the lighter side of the “wild west” in which the Ingalls family lived?

*hides*
I always imagined my own little tune to it! hahaha… I thought it was a song, TOO!
*blush*

According to a census return Mary Power was born in 1866 and her parents had been born in Ireland. It looks as if they were almost certainly famine refugees. I’m not surprised her father took to drink.