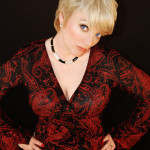 Looking for another Laura Ingalls Wilder event? Heritage Hill Park in Green Bay, Wisconsin has been having an annual Laura Ingalls Wilder event for the past few years. They like to focus on bringing Laura Ingalls Wilder people to give autographs and have been especially active in bringing in stars from the NBC version of Little House on the Prairie. This year they are featuring author William T. Anderson and Alison Arngrim (Nellie Oleson on the NBC TV show) who also both appeared at LauraPalooza. In addition they have a series of hands on activities all through the historic park. I haven’t yet made it to this event, but I hope I can someday. Learn more on their website.

This is probably a question everyone else knows and I’ve just missed along the way. What is Heritage Hill? It seems to have a lot of Laura events, but it’s not a homesite or a place the Ingalls or Quiners lived correct?

Hey:) I can answer that! It’s a living history museum in Wi. It’s mostly about Green Bay area and Wi. history. It is not a homesite of anyone related to Laura they just host this event.
They have a lot of historical buildings and costumed workers/volunteers in the buildings. They have many hands on activities for families year round.
We’ve been to the Little House days and it’s a lot of fun. The kids can dress like Laura or Almanzo. They have old fashioned games on the green. The blacksmith is usually working.
A very nice museum anytime but lots of fun at Laura days too 🙂

My daughter and I have attended this event for the past 5 years and it is always great! In addition to meeting TV characters Alison Arngrim, Dean Butler, Melissa Sue Anderson and Charlotte Stewart, we get to listen to William Anderson’s presentations every year and meet other special guests such as “Laura” related illustrators Renee Graef and Cheryl Harness and Beth Ingalls-Leisses, a descendent of Laura. The event is scheduled for July 27 & 27 of 2013 and is very reasonably priced. I highly recommend it!