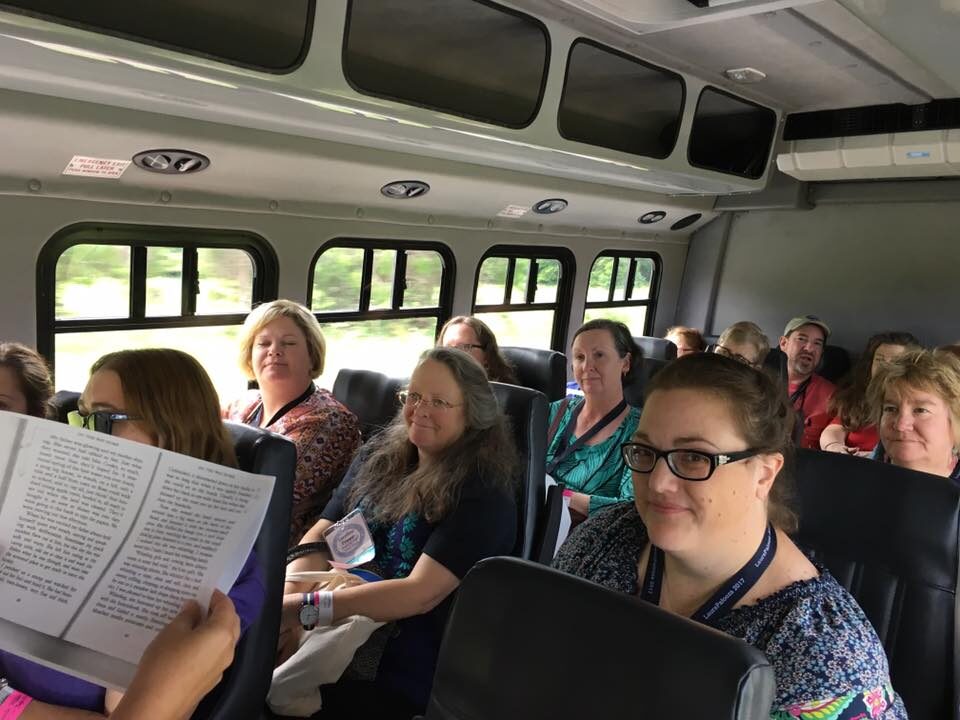 Due to extending registration and a delay from the college print shop on the customized maps they offered us, registration information packets were delayed. We didn’t quite realize how long before the conference some people indicated they  were going to leave home (planning on including LauraPalooza in an extended Laura trip), something we will definitely have to take into account next time. So we posted a digital version of the packet, complete with schedule, etc.

Originally in 2010 the ice cream conference was meant to be a snack for the people in the terms without a lot of food options on arrival and not the official conference kick-off, but most attendees were already in town and couldn’t stay away and now this pre-official start event is a kick-off party in every sense of the word. We do seem to be destined to have problems with it. Initially both years it was originally meant to be outside, but the ice cream melting high temperatures drove us into the lobby both years. Then this year for some reason the spoons were long delayed, but I think everyone had fun anyway.

It’s sad now to see Daniel Rabe who was very active at this conference and has since passed away. RIP Daniel Rabe. Note also that I took advantage of YouTube’s stabilizing process when I uploaded these. Any strange swooping of background or non=syncing of voice and lips is due to that. I’ve decided that I don’t really like it, but feel free to comment either way.

I start out Wed., July 11, 2012 driving to Mankato, Minnesota. Along the way I run across a lot of road construction and And One More on the Way sites (or at least information about) Mason City, the SPAM Museum and, one featured in a draft for LauraPalooza 2015, Owantanna, Minnesota. Once we get to Mankato, it’s almost time for the Ice Cream Social. One quick change later, I’m there and we hear Amy Lauters welcome speech, a greeting from Shirley Knakmuhs, and Daniel Rabe weighs in on the ice cream. Finally in one of my favorite people recordings this time with Karen and Kevin Pearce saying how much they liked my LauraPalooza 2010 videos.